Art by day, light by night, the Polaboy is a giant luminous Polaroid frame. A clever idea, makes use of the vintage feeling we have got with Polaroid. And it’s a piece of personal art. Put your best photo in the frame.  Would like to have this….

Absolutely so nice and authentic. Mini-documentary on Jerry Gretzinger who creates reality into maps. Little pieces of art.

The “We Feel Fine” Project is all about interactive data visualization that harvests human feelings written down in the many blogs on the internet.  It’s amazing how many poetic phrases you come across. Feelings straight from the heart. I think it’s a beautiful project.

How does it work? Every few minutes the system scans the entire web down to newly posted blog entries for the phrases “I feel” and “I am feeling”. If such a sentence is found, the full phrase is recorded and the feeling (sad, happy, depressed, etc.) is visually expressed in a dot corresponding to the sense of color and how often it occurs (dot size). Users can click the dot to view the full sentence and / or photo to which the dot belongs. 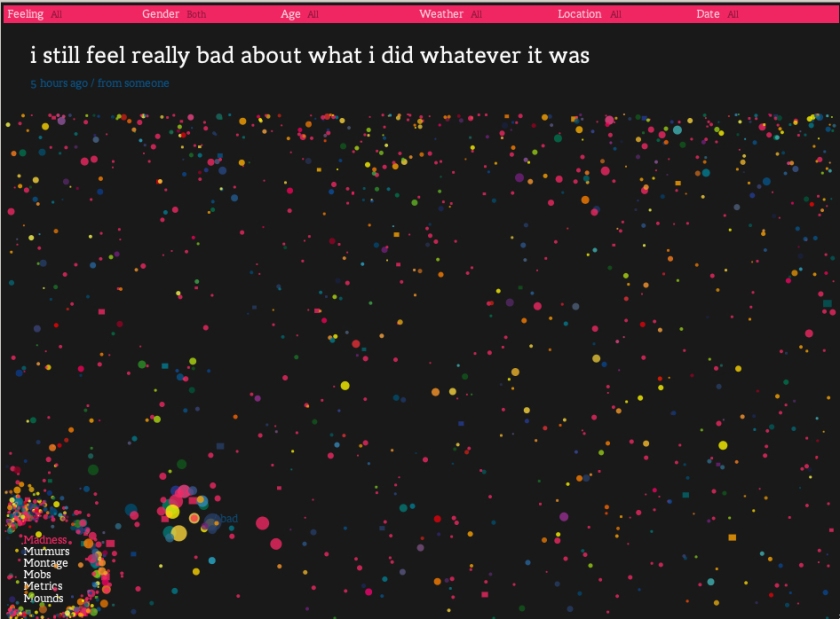 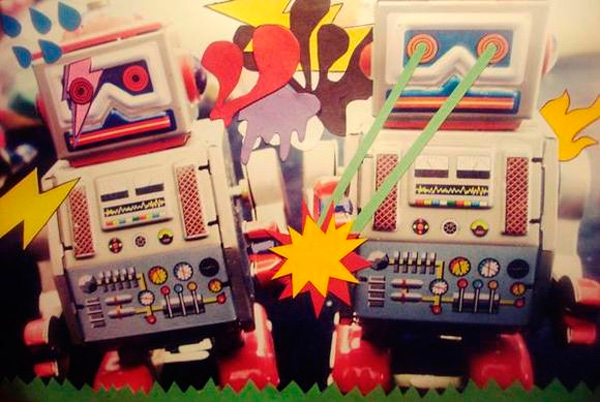 Amazing photos of animals in the wild by Stefano Unterthiner. 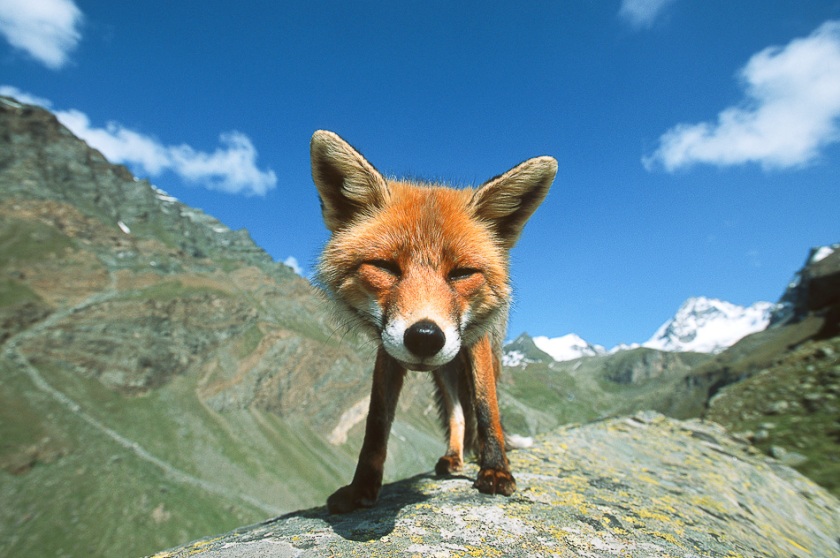 I found this great site: NIKOLA TAMINDZIC’S PHONECAM DIARY.  Pictures with a nostalgic glow, called fauxlaroids. The diary is certainly worth a visit. 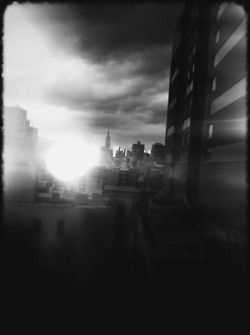 Vivian Maier was an extremely talented street photographer from the 1950s – 1990s. When she died more than 100,000 pictures were left behind. The photos proved the best kept secret in the industry. Vivian’s work was discovered at an auction in Chicago where she lived most of her life. During the auctioning of thousands of films, photographs and negatives experts discovered that Vivian Maier unquestionably was the best photographer of her time.

John Maloof and Anthony Rydzon had the idea to search for this remarkable woman in a documentary and needed Kickstarter.com, an crowdsourcing way to finance creative projects, to get the required $ 20,000 of funding together. They found through Kickstarter more than 1,400 fans that backed up this great idea and got more than $ 100,000 dollars. Finding Vivian Maier is now in production.

You can watch the video here: http://kck.st/ftfLQq 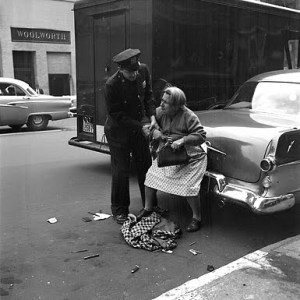 Scotch’s Off the Roll Tape Sculpture Contest! Unbelievable what you can do with tape. I didn’t know this was possible. Great fun to see the designs. Underneath you see last year’s winners.

I came across this item where 25 stark and remarkable desert landscapes were shown. These featureless landschapes really surprise you with their beauty and strength. Photographer Sandy Redding caught my attention and his portfolio is well worth a visit: Gaze in wide wonder. 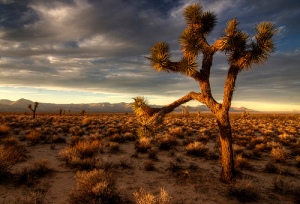